The world is at war and you must protect it 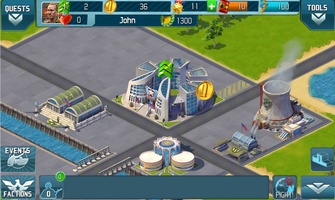 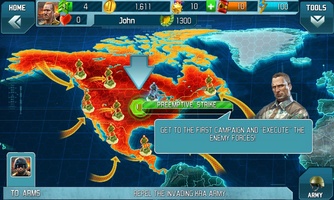 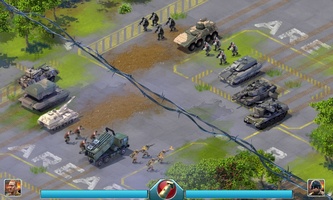 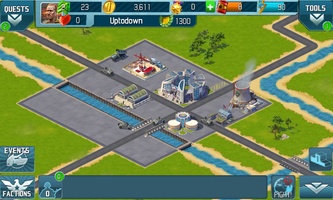 Advertisement
World at Arms is a real-time strategy and management game where players have to construct a military base to defend the interests of their nation and fight against other armies in open battle.

During the management phase, players can construct different kinds of buildings for the base. Barracks to recruit soldiers, workshops to service tanks, airports, command centers, and many other types of buildings are available for you to build.

To construct buildings and maintain units, players need resources, and to get them need to build certain kinds of buildings. Thus it will be necessary to keep your base in constant equilibrium.

When you enter a conflict with another nation, you'll be able to deploy your units to the battlefield. In this situation, players won't be able to control their troops directly, but they can help divert enemy missiles.

World at Arms is a real-time strategy game with fairly simple gameplay that incorporates some elements from classic social games (like calling on your Facebook friends for help) into its war formula.
Reviewed by Andrés López Translated by Taryn

Similar to World at Arms

Car Parking Multiplayer
Drive around an extensive map for a realistic parking experience
Clash of Clans
Crush enemies and lead your clan to glory
Mobile Legends
An excellent, but shameless, League of Legends clone
Scary Teacher 3D
Escape the terrifying teacher!
Bus Simulator Indonesia
Drive a bus through Indonesia with this simulator
Clash Royale
Clash of Clans characters face off in epic duels
Lords Mobile
Lords Mobile: Build an empire to destroy your enemies
Vegas Crime Simulator
Try not to get caught breaking the law!

Caesars Slots
Slot machines with a lot of history
Apple Knight
A 16-bit action platformer
Barnyard Games For Kids Free
Awesome games to help children learn about the world
Piano Fire
Tap the keys and don't make any mistakes
Pixel Combat: Zombies Strike
Fight the zombies with all kinds of weapons
Wizard Legend: Fighting Master
Take down all the enemies you find throughout this dessert factory
Medieval Life
Discover what living in medieval times was like
Magic Star
Advertisement